Very much the sort of thing one might see on the Discovery Channel, H.H. Holmes: America's First Serial Killer reenacts the fiendish crimes committed by the notorious eponymous doctor turned butcher and swindler. Narrated to great effect by Tony Jay, this documentary chronicles the career of a serial killer who may have claimed anywhere from 9 to 50 victims, in many cases selling their mounted skeletons to medical schools. Residing in late 19th century Chicago, H.H. Holmes designed a fortress dubbed "The Castle" by local residents. Little did they know how accurate that name turned out to be, for it seems H.H. Holmes' "Castle" included a fully working dungeon and torture chamber complete with mazes, secret passages, body chutes leading down to the basement, even its own acid vat and crematorium: H. H. Holmes constructed a charnel house only his favorite author Edgar Allen Poe could appreciate.

Kudos to documentary filmmaker Borowski for recreating the times and presenting reenactment footage that comes across as authentic and scary as hell./ The DVD includes director's commentary, a 20-minute making-of featurette, trailers, bios and outtakes. All in all, H.H. Holmes is a very informative, well produced, professionally directed and chilling independent film that this detective highly recommends.
- Detective Dwight Kemper 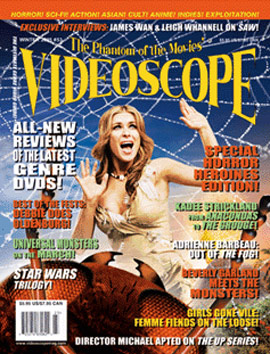