“Occasionally brilliant but profoundly unsettling, this low-budget docudrama tells the bloodcurdling story of Albert Fish, a serial killer/cannibal who preyed on children in New York City during the Depression years. A one-time male prostitute who boasted of molesting more than 100 children (most of them little boys), Fish was tried in 1935 for the murder of 10-year-old Grace Budd (whom he killed and ate), convicted of the heinous crime, and executed the following year.

Director John Borowski tells Fish's harrowing story through a combination of archival photographs, live-action reenactments, and narration partially based on Fish's own words. Not for the faint of heart, some viewers will find the film grotesquely fascinating, while others will be repulsed by the subject matter and fairly specific allusions to the ghastly crimes. 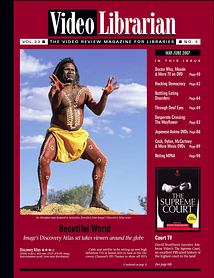